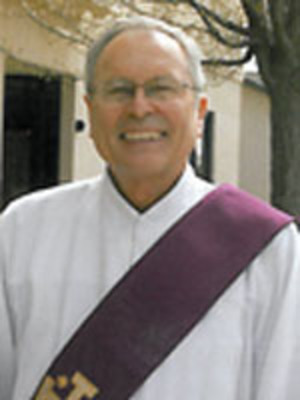 What is a Deacon?

Vatican Council II, Lumen Gentium describes the deacon’s role in the hierarchy of the church as that of servant of all, dedicated to the people of God in the works of charity, authorized to administer Baptism, bless marriages, Viaticum to the dying, read the sacred scripture, instruct and exhort the faithful, preside over the worship and the prayer of the faithful.

Reverend Mr. William Noel Sousa, a.k.a. Deacon Bill has been doing just that for the faithful of Good Shepherd Catholic Church.

The Beginning of a New Man

“And put on the new man, who according to God is created in justice and holiness of truth.” (Ephesians 4:24)

One Sunday morning in 1998 while attending Mass with wife Sharon at Foulks Ranch Elementary School, St. Paul’s exhortation to the Ephesians brought meaning to his - soon to be - new life in the Spirit – that of a dedicated servant to the people of God.

With the help of Fr. Wells, then pastor of Good Shepherd, and Sharon’s full support as a deacon’s wife, Deacon Bill commenced his spiritual journey to become one of the permanent deacons in the diocese of Sacramento.  Due to his post graduate work in Philosophy and Theology at St. Patrick’s Seminary, the diocese waived its 4 year deaconate formation requirement, to 2 years. On Pentecost Sunday 2000, Deacon Bill became the first permanent deacon for Good Shepherd Parish.

A Life of Public Service and Academia

Born on December 3, 1935 in Alameda, CA, Deacon Bill completed his undergraduate degree in Philosophy with Minor in Latin and English from St. Patrick’s College. By 1973, he completed his Masters in Arts majoring in Religious Studies, minor studies in Education from the University of the Pacific in Stockton.

He embraced a life of public service beginning in 1977 when he became a City Councilmember of the City of Stockton, Vice-Mayor from 1979 to 1980 and eventually serving as one of San Joaquin County’s Supervisor from 1984 to 1996.
Deacon Bill’s work in public service was just the beginning of living out his passion in social justice issues. He led a diocesan thrust to promote Catholic Social Teaching, becoming the Social Justice Director from 1998 to 2002. Quoting Sacramento News and Review August 2001 article on his work, “Sousa and the church’s Environmental Committee are educating parishioners about global climate changes and how to make energy efficient improvements to their homes in order to protect the earth’s ecosystem, safeguard public health and ensure sufficient and sustainable energy for all.” Deacon Bill’s academic background has also led him to over 40 years of teaching high school students in Latin, English and Music. He also continues his commitment to promote the common good as a board member of Seeds to the World providing assistance to Developing Countries, and as an active participant of St. Mary's Interfaith Dining Room, helping homeless people in Stockton.

The Deacon as a Family Man

Deacon Bill and Sharon celebrated their 40th wedding anniversary on July 8, 2007 in Paris. A marriage made in heaven blessed them with sons, Paul and Noel, ages 38 and 36 respectively, and three grandchildren.

He values his time spent with Sharon, from political fundraising events to walking and roaming the Monterey beaches. His myriad of activities in both personal and professional life does not stop him from playing classical piano music (his father played violin and mother piano), tending his vegetable garden and an occasional tennis match with his sons.

On any given day, you may see Deacon Bill doing his five mile walk while pondering and praying over his next homily. Baptizing children, officiating marriage ceremonies to friends and family, and delivering a Spirit filled homily to our faith community give Deacon Bill great joy in his ministerial work as servant of all. 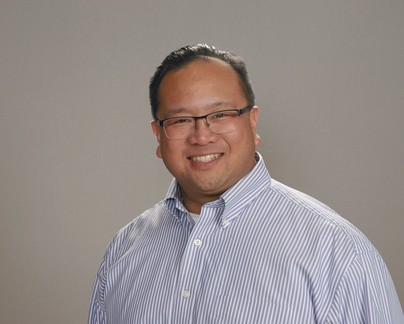